"A short documentary with the idea that people will realise how damaging loneliness really is. In the summer of 2012 we found a village in Romania, a beautiful place, which at this moment is populated by only one souL. An old lady who refused to leave her home behind and go with the rest of the village. We went there on a sunny day and we found a deserted village. We were sorounded by abandoned houses and silence. Total silence. But in one of the houses we were shocked to discover this old lady, mutilated by the loneliness, almost an animal with poor or no judgement at all remained, living among other animals. We really hope you'll like this video and realise how important is to have someone in your life who is there for you." Directed by Beny Cosma Assistent: Daniel Fratila Produced by Beny/Alex Cosma http://benycosma.com 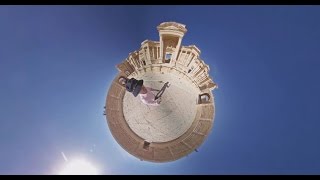