Two Nameless Bodies Washed Up on the Beach. Here Are Their Stories | Anders Fjellberg | TED Talks

When two bodies wearing identical wetsuits washed ashore in Norway and the Netherlands, reporter Anders Fjellberg and photographer Tomm Christiansen started a search to answer the question: who were these people? What they found and reported in Norway’s “Dagbladet” is that everybody has a name, everybody has a story and everybody is someone. TEDTalks is a daily video podcast of the best talks and performances from the TED Conference, where the world's leading thinkers and doers give the talk of their lives in 18 minutes (or less). Look for talks on Technology, Entertainment and Design -- plus science, business, global issues, the arts and much more. Find closed captions and translated subtitles in many languages at http://www.ted.com/translate Follow TED news on Twitter: http://www.twitter.com/tednews Like TED on Facebook: https://www.facebook.com/TED Subscribe to our channel: http://www.youtube.com/user/TEDtalksDirector 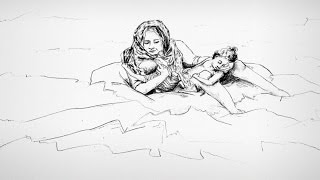