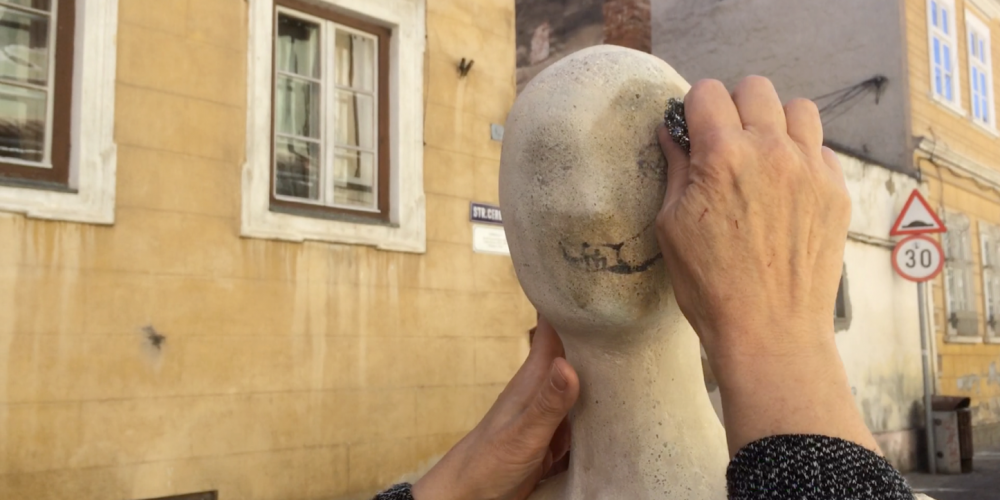 NOV UPDATE: In a uncanny and terrible twist of fate Sforicica also had her extended arm sawed off, for reasons it couldn’t cope anymore with the weight stress children had inflicted.

In a cowardly, un-assumed act ‘Sforicica’, the statue of a female silhouette wrapped in rope was defaced on Saturday night-Sunday morning on October 13, by… IT! ‘Sforicica’ is pointing to the entrance of Strada Sforii, and since the September reopening, everybody minus 1 visitor clearly have taken her to heart. It so seem that the artist couldn’t provide a better solution to Sforicica’s problem but to deface his own work further than others did already. Oh those Romanians!

The popular belief which is usually proven wrong is, there must have been the uneducated youth at work who’s done this. Though the defacing act resembles a lot something kids did or do to many characters in the history books, still, this may apply to the older generations which actually learnt from books and took their frustration on the ‘grandees’ of days past in similar manner.

Considering the viciousness of the act bent on defacing ‘Sforicica’ and the lack of talent, including the use of a permanent marker, this could have been a planned reaction by some locals, ‘devastated’ for losing 2 parking spots. If a parking spot is something to kill for literally these days, why not something to deface a statue for, we say? However, considering this occurred in the ‘historic town’ read ‘the gentrified part of the city’ just as well, IT may have been a tourist on a personal ‘hate trip’ to Brasov.

Restoration of Sforicica’s face which resembles the act of demaquillage, only the results in this case are far from perfect. 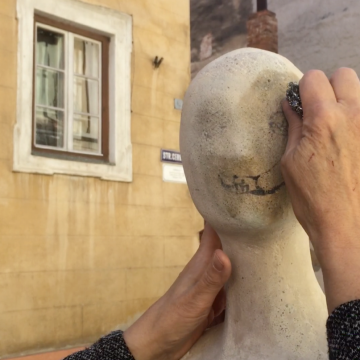 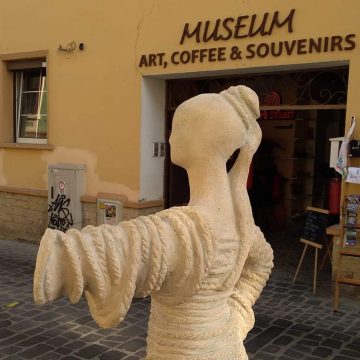 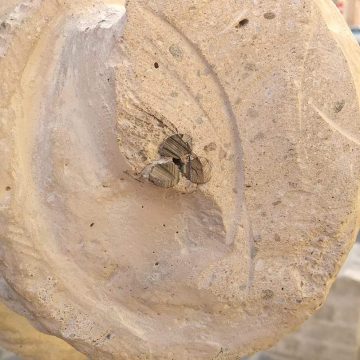 An antidote to IT, may be to point the video camera, currently monitoring the street, to ‘Sforicica’ which appears to be the one most vulnerable in terms of antagonising with its presence ‘the drunken cowardly’ or ‘the cowardly drunken’ IT among us.

SUMMER OF LOVE : July, August and September 2022 on Strada Sforii

Summer of love #StradaSforii - before a planned cl

My street is #StradaSforii - take ownership and ha

Spring sets in on #StradaSforii - what better time

The word in time of pestilence... some beautiful,

Welcome to winter on #StradaSforii and the beginni

read more
Strada Sforii
Strada Sforii
You have not filled all fields
Your message is being processed, please wait
Comment successfully sent
Captcha failed to verify
Sending failed, try again later
Tell us how you feel about StradaSforii and what you think of this site. Any comments concerning StradaSforii are welcomed.
The site uses cookies for general purpose analytics and to improve performance at your end. The side does NOT collect or track your personal details.
OK